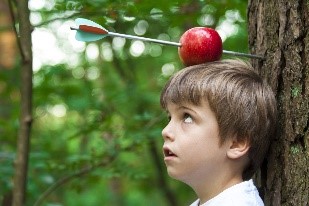 When arrows of criticism fly your way, and your heart is pounding, what can you do to listen well? What listening skills help? When a critic’s words speed toward you and you need to collect your thoughts, what do you do? What do you say?

First of all, responding well to critical comments is one of the most difficult listening skills to learn and the most useful. Most of us respond to criticism by attacking, criticizing back, or going quiet. None of these produces good results. This is true in marriages, international relations, labor contract negotiations, and when facilitating polarized meetings. However, defensiveness, counterattacks, and extended silence do nothing to block the slings and arrows of criticism.

Fogging and negative inquiry are two powerful listening skills to use when dealing with criticism. I will discuss fogging in this blog post. The next post will cover negative inquiry.

FOGGING
Fogging works by agreeing with the truth in what your critic says without compromising your integrity. The concept is to offer no hard resistance to your critic. The result is you take the energy out of the cycle of criticism.

Here is how it works. You find something in your critic’s words with which you can agree:

Speaker: You’re being defensive.”
Listener: “I have been known to feel defensive.”

Speaker: “I wish you could hurry things up and get this group moving.”
Listener: “I could do a better job of making things move along.”

Speaker: “You are the worst listener I have ever encountered.”
Listener: “I could always improve my listening skills.”

Speaker: “This soup has SPAM in it. It tastes like garbage. You’re the worst cook in the world.”
Listener: “It’s true. There is SPAM in the soup.”

Lastly, fogging is called fogging because it is like hitting a fog bank. There is no rebound or counter-attack. It is as if a bank of thin vapor swallows the harsh words of criticism.

There are several ways to phrase a fogging statement:

“You could be right.”

“There’s truth in what you say.”

These statements generate fog. They communicate you will not play the game of criticism and its endless cycle of back-and-forth. The soft contours of fog replace the hard edges of criticism.

Critic: “You annoy me with your poor facilitation skills.”
Fog: “I could be better at facilitation.”

Critic: “Have you ever been trained to run a nonprofit?”
Fog: “I could always use more training.”

Critic: “Have you ever ended a meeting on time?”
Fog: “I could definitely pay more attention to ending meetings on time.”

Critic: “I cannot understand how you can live in a pig sty. Your dirty clothes are strewn everywhere.”
Fog: “Pigs are hard to understand sometimes.”

Notice how the fogging statement agrees with only what you believe is true. As you listen to a critical statement, it is not difficult to find something with which you agree. Fogging is rarely used in isolation. Use it in combination with other listening skills.

Remember that fogging is naming the truth in another person’s criticism. Name only what is true for you. When you incorporate fogging in your listening skill toolkit, you will be better equipped to cope with criticism, difficult people, and polarized settings.

When Absolutes Drive You Crazy