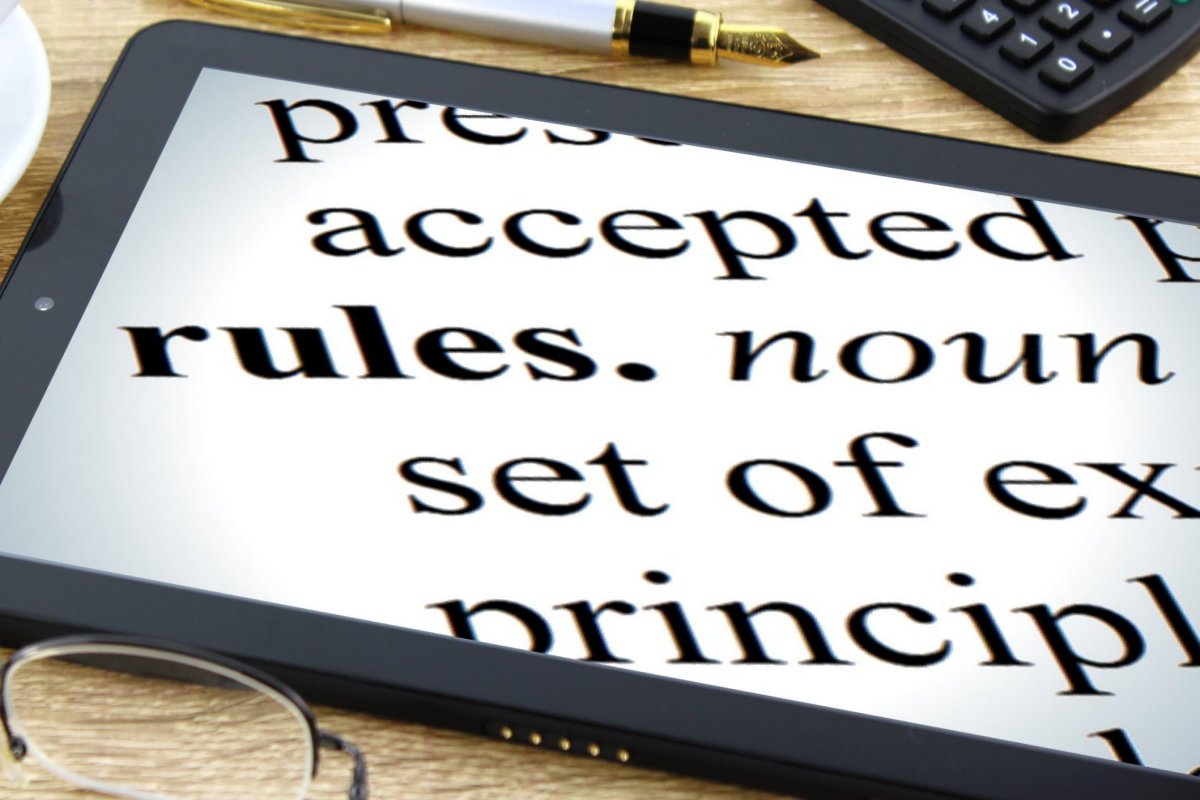 Ground rules, also known as behavioral covenants or behavioral guidelines, are another tool to help meetings thrive. Established near the beginning of a meeting, ground rules contain practices that embody the best values of an organization: empathy, taking responsibility, being respectful, honoring differences, being inclusive, and so on. When meeting attendees review these core values and practices at each meeting and commit to them, group behavior becomes more empathic, responsible, and appreciative of differences. I used to think that ground rules were necessary only when a group was dysfunctional or conflicted. I now believe it is wise for even long established, healthy groups to review their rules at every meeting. Repetition reinforces desirable behavior. Repetition is good.

Ground rules are more than a list of shoulds and oughts. Scolding people is not the point. When behavioral covenants are written as practices or disciplines rather than rules, most people make a sincere effort to incorporate them into their behavior.

Note the difference between the following I statements:

The first version is preachy. It does not tell why or even how to behave. The second version contains a core value: taking responsibility. I statements help group members take responsibility and avoid the accusatory use of “you.” Furthermore, they give specific instructions on how to use I statements. They teach how to embody the value.

The best ground rules contain both the why and what of the expected behavior. Ponder this second example:

The difference between these two is striking. Both uphold inclusion. Only the latter embodies it in a way that is practical and concrete. The second statement tells you how to be inclusive, not only that you should.

The best ground rules are crafted by engaging all participants in their creation. It is usually best for this to happen at the group’s first meeting. Granted, the process can be laborious and protracted. Here is one way to speed up the process that I have found successful.

Give each member of the group five postcards. Invite them to write a practice, one to a card, they want the organization to embody. The wording does not have to be precise at this stage. Editing will come later.

Have people form pairs and exchange ideas. Note similarities and differences. After three minutes, combine pairs into groups of four. Share key ideas, again noting similarities and differences. Take five minutes. After five minutes in these groups, return to a plenary format. Invite each person to share one core practice. Record on a flip chart or white board. Invite sharing until all ideas are heard.

In just twenty minutes, everyone’s ideas will be incorporated into a central list. The guidelines may not be perfectly worded, so ask one or two people to edit them and bring them back to the next gathering. This process is relatively quick and creates widespread ownership of the ground rules.

Ground rules are especially important in multicultural settings. Participants come to these meetings with different assumptions about leadership, communication, and power. Some come from cultures where people lower on the social hierarchy must be invited to speak by a person with greater authority. Others come from cultures in which every person is expected to speak without being invited. Some cultures believe silence means consent; others the opposite.

All of us have been in meetings dominated by a few people. I was a member of a citizen advisory group organized to influence transportation services for older adults and persons with disabilities. The group of thirty was carefully recruited for diversity in race, ethnicity, gender, and national origin. Nevertheless, three white women and two white men dominated the first meeting. They were prone to interrupting when the less culturally dominant attempted to speak. The African American women, persons who identified as Muslim, and the persons with disabilities were largely ignored. After several meetings with similar dynamics, more than half the members dropped out. The group lost its important diversity.

This group never established ground rules or a behavioral covenant. Adopting a few ground rules such as the following would have helped immensely:

I am indebted to Eric Law and Lucky Lynch of the Kaleidoscope Institute, a faith-based multicultural training program affiliated with the Episcopal Diocese of Los Angeles, for ways to understand and communicate inclusively in multicultural settings. They have taught me more than anyone how to listen, honor differences, and build inclusive organizations and communities.

Respectful Communication Guidelines are written in an acronym, RESPECT, making them easy to remember. The version below is adapted from Eric Law’s original version.

R = take RESPONSIBILITY for what you say and feel without blaming others.

S = be SENSITIVE to differences in communication styles.

P = PONDER what you hear and feel before you speak.

E = EXAMINE your own assumptions and perceptions.

When you establish ground rules or covenant agreements, your group’s behaviors will become more respectful, fair, and kind. The core values of your organization will move from a document into the very fabric of your group.

The Art of Wrapping Up Meetings