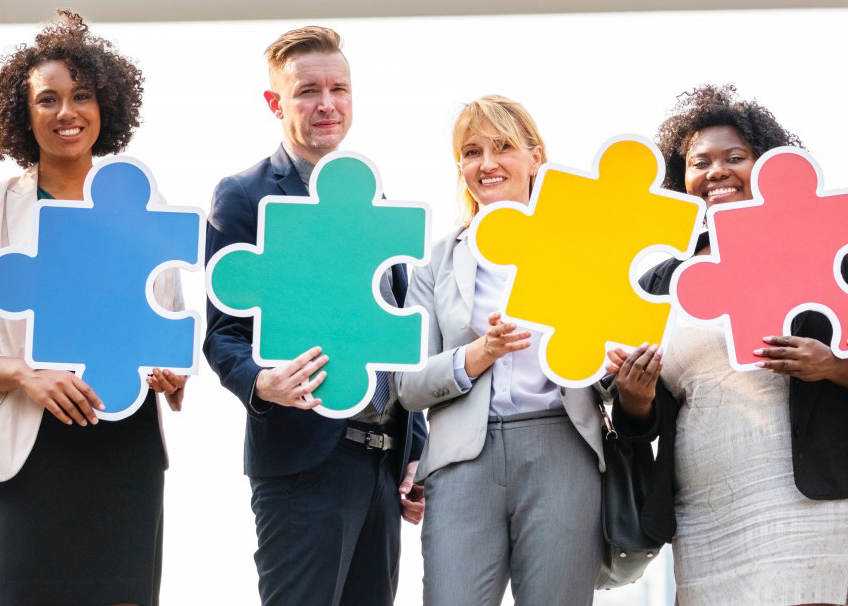 Because many of the most common meeting designs inhibit inclusion, inclusive facilitation techniques and meeting design are essential.

Typical meetings of six to twenty individuals are dominated by a few people, with the remainder staying silent. Their silence can have a host of meanings: Silence can mean agreement, disagreement, or even anger. Silence might mean people have checked out mentally and are thinking about their to-do list or where to go on vacation. Silence can also mean that the people not speaking are from a culture in which it is considered rude to speak without having been invited to do so.

Some cultures assume that everyone in a group will be assertive and speak up, even though that is never completely true. Shy people are often excluded simply because more dominant speakers eat up all the air time. Some cultures expect only leaders to speak. Others will not speak unless first invited by a person in authority. Some cultures have discovered that passing a talking stick, speaking staff, or similar device invites full participation.

I’ve experienced countless meetings in which white Americans are in meetings with people from nations and cultures that have different expectations about how people should communicate. The white Americans dominate because their culture rewards verbal assertiveness. Meanwhile, people from many other cultures expect to be invited before they speak. Without an invitation to speak, they stay silent. After the meeting, the white Americans wonder why the others did not speak. They scratch their heads and ponder. In their hearts, they really want everyone to be included. They’re frustrated with the difference between their expectations and the behavior from the people from other cultures. In the meantime, the people from cultures who expect to be invited before speaking think the white Americans are rude. They complain (quietly) that the loud Americans talk without being asked. They observe that the most aggressive Americans jockey for attention. What unacceptable, obnoxious behavior!

Building inclusive conversations when participants come from diverse cultures with different assumptions about leadership and speaking in public requires recognizing these differences and adapting for them. Skilled facilitators notice who has not spoken and invite them to speak. When only a few dominate a meeting, the facilitator can extend an invitation for others to speak. The facilitator can ask the following:

These questions empower the reticent to speak.

Ground rules or behavioral covenants frequently affirm the importance of including all.

Some indigenous peoples of the Pacific Northwest use talking sticks to build inclusive conversations. In tribal meetings, the Tsimshian use beautifully carved lengths of wood to command authority and invite others to speak. The person who holds the talking stick is granted authority to speak. The person speaks, then offers the stick to another. The new person now has the authority to offer his or her thoughts. After each person is finished speaking, the stick is handed over to another. The process is repeated until all present have been given the opportunity. Those with years of wisdom speak, as well as the young. The talking stick can be an effective means to ensure the voices of all are heard in groups numbering less than twenty.

Objects other than a stick can serve the same purpose as a talking stick: a stone, paper weight, candle, or goblet. I bought a twelve-inch wooden rod at Home Depot, painted it barn red, and carry it in my facilitator’s tool kit to use as a talking stick. A talking stick builds democratic participation. It helps ensure that the voices of all are heard: old, young, men, women, girls, and boys.

One of the most powerful tools I have encountered for building inclusive conversations is “Mutual Invitation.” Developed by Eric Law, an American Episcopal priest born in Hong Kong, reared in New York City, and now living in Los Angeles (three international cities), Mutual Invitation recognizes that communication styles and patterns vary across cultures.

Mutual Invitation accommodates these differences. It empowers the shy and constrains the verbose. Mutual Invitation encourages democratic participation by all members of a group, regardless of cultural background or power differential.

In Mutual Invitation, the facilitator speaks first, then invites another person to speak. The facilitator chooses someone not usually seated directly beside himself or herself. Going around a circle inhibits listening because the person who expects to speak next is thinking about what she or he will say. Short-circuiting that cycle helps the group listen as opposed to preparing their responses.

Once a person is invited to speak that person can choose to speak, to pass, or to pass for the moment. No matter which of these options is chosen, she or he invites another person to speak when finished. Even if a person passes for the moment, be sure to offer another opportunity to speak later. The process continues until everyone who wishes to speak has done so.

In his work at the Kaleidoscope Institute, Eric Law emphasizes the importance of using the language of invitation. Inviting a person allows each person to participate in the power of facilitation. If you invite me to speak next, you are exercising the power to choose me. I have the power to respond or not. I also have the power to extend an invitation to the next person.

Mutual Invitation recognizes that everyone has unique insights from her or his life experience and culture. Mutual Invitation is respectful, empowers those who are reserved, and cultivates deeper listening.

All rights reserved. For permission to distribute copies of this article in any form, contact: mark.smutny@civicreinventions.com.